Why You Should Visit Galaxy's Edge Disney Orlando - Orlando

Why You Should Visit Galaxy's Edge Disney Orlando 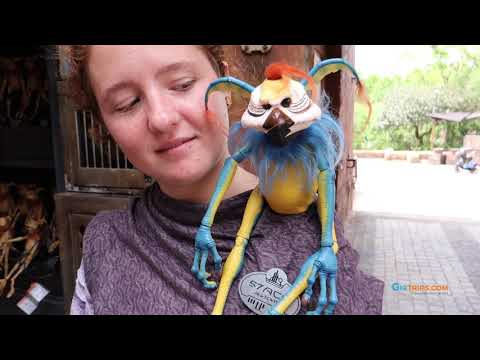 Get To Fly The Millenium Falcon

If you think you've seen everything the Magic Kingdom has to offer, think again! Disney World, Orlando is opening its Star Wars Land on the 29th of August this year. Named Galaxy's Edge, this new theme park will soon be captivating and entertaining guests both young and old.  If you are a fan, you will soon get your chance to immerse yourself in that "galaxy far far away" as Galaxy's Edge promises to deliver elements of the Star Wars universe you've only seen on screen. So if you are planning to visit Orlando in the near future, you can look forward to the following if you add Galaxy's Edge to your travel plans.

You enter Batuu, a remote planet in the Star Wars Galaxy.  It is a place where you will find smugglers, bounty hunters, other rogue elements and also members of the Resistance and the First Order.  Pretty soon, you‘ll see Rey among the crowd. The word is she's recruiting members for the Resistance. Not far from her is someone everyone recognizes immediately.  Wearing his signature bandolier across his chest is Chewbacca or Chewie for short. Stormtroopers also make an appearance as they search the populace for members of the Resistance.

There are many others you'll bump into and don't be surprised if Kylo Ren is one of them.

Get To Fly The Millenium Falcon

If you always dreamed of flying the Millenium Falcon then you should head to Galaxy's Edge's Smugglers Run.  Like the X-Wing Fighter, the Millenium Falcon is perhaps one of the more popular starships in the Star Wars universe.  You will find a life-size replica of the Millenium Falcon as you approach the Ride.  It looks better than what you imagined it to be in "real life" so be sure to take advantage of this great photo opportunity.

You enter the Falcon and spend time in the main lounge. There you will find the Dejarik table where Chewie and others have played Star Wars' version of chess. You will soon enter the cockpit but take note, Smugglers Run is not your traditional ride where you sit back and enjoy passively. The Ride requires you and five others to take control of the Millenium Falcon as you are tasked to collect cargo from a space train. You and your five companions act as pilots, gunners or engineers.  You will have to work well together as you are expected to accomplish your mission and bring back the Millenium Falcon in one piece.

Smugglers Run is a lot of fun!  It is not the only Star Wars Ride you will find in Galaxy's Edge though.  Sometime this December, Disney World will be opening another ride named, Rise of the Resistance.

There are themed restaurants inside Galaxy's Edge.  One of these, the Ronto Roasters has a podracing engine in the center.  The place offers dishes such as Ronto Wrap and drinks like Tatooine Sunset. Oga's Cantina is a watering hole that serves alien beverages but take note that reservations are required.

You will find a milk stand inside Galaxy's Edge. You will have to try the Blue or Green Milk.  If you are familiar with all the Star Wars movies, you will recall Luke Skywalker drinking green milk in at least two instances.

Build Your Own Lightsaber and Personal Droid

If you've been wanting to have your own lightsaber, Galaxy's Edge is the place to go. You can customize your own lightsaber but if you just want to buy one, Dok-Ondar's Den of Antiquities is the place for you.  There you will find for sale replicas of lightsabers owned by Luke, Obi-Wan, Rey and many others.  You can also visit the Droid Depot where you can build your own droid.  A conveyor belt delivers parts for you to choose from and when you're done, have your droid activated and watch it follow your commands via remote control.

If a lightsaber or a droid isn't exactly your cup of tea, maybe a Kowakian-Monkey Lizard sitting on your shoulder is more to your liking. You will find this and other creatures such as Porgs in the park's Creature Stall.  There are other shops offering Star Wars items of all kinds so better check them out. You will not find many of these items outside Galaxy's Edge.

It is definitely worth your while to visit Star Wars Galaxy's Edge in Orlando. Luke and Rey only knew later on that the force was strong in them.  Who knows, after experiencing the Millenium Falcon Ride, maybe you'll discover that the force is strong in you too! Yes! I HAVE TRAVEL DATES

TO LOCK THIS DATE AND

NO! I DON'T HAVE TRAVEL DATES